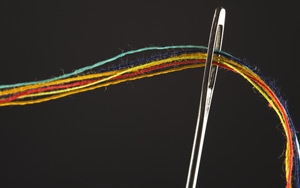 In a sign of how brands and their media agencies need to start thinking about campaigns, a series of patents granted to Google this week by the U.S. Patent and Trademark Office show a thread weaving through search, email and social media.

Google inventors Timothy Jordan and Natalie Villalobos describe a method for sharing links to social networks from email in a patent awarded to the company earlier this week. The patent encourages conversations in a social network.

It outlines someone receiving an email from someone they know. In the body of the email it contains a link to a page in a book. When the person clicks on the link, the technology can pop up a window suggesting how to share the link on social media.

Email has never been an optimal method for sharing content or links without forwarding the entire message. There is no real way to do this other than copying the link and pasting it into another email or opening Facebook, Google+ or other social platforms.

The patent initially identified by Quartz is not the only one supporting social that the USPTO recently granted. Another patent by the same inventors describes a system for suggesting topics in a social network.

This third patent describes a method for providing recommendations to a search query based on a specific subset of contacts from someone's social graph.