Powered By Small Vehicles, 'Paws' And 'The Force,' Toy Sales Get Super-Sized 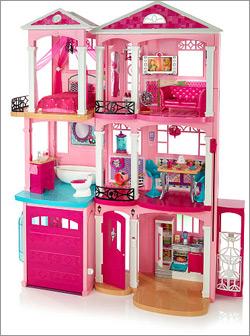 While overall retail sales may have been on the sluggish side last year, you’d never know it from America’s toy boxes: The NPD Group says toy sales climbed 6.7% to $19.4 billion, one of its biggest gains in years.

Certainly, the early release of many Star Wars themed toys in September is part of the reason, and with $700 million in sales, Star Wars emerged as the year’s best-selling property. But gains came across the board in a variety of categories, with games gaining 10.8%, vehicles growing by 9.7%, and building sets climbing 9.4%. And in terms of dollar increases, outdoor and sports toys won big, followed by dolls, building sets and infant/toddler/preschool toys.

Shopkins 12 Pack was the year’s best selling toy, followed by Paw Patrol’s basic vehicle, Hot Wheels car, a Shopkins 2-pack, and Barbie’s Dream House. Star Wars doesn’t even show up until the 8th spot, with Star Wars Sphero. But it was the No. 1 contributor to dollar growth in three of what NPD refers to “super categories:” Action figures, vehicles, and all other toys.

And overall, only two categories showed a decline: Arts and crafts, down 4.3%, and surprisingly, youth electronics, which fell 4.9%.

Besides Star Wars, content shaped many of the year’s top sellers, whether from movies, including Jurassic World, Minions, and Avengers; TV shows like “Paw Patrol,” apps (such as Minecraft), and YouTube (Shopkins).

Because of the extra shopping day in Christmas Week this year, sales in that critical period gained 25%, and accounts for 8% of all annual toys sales, with the week before Christmas accounting for 8.5%

Those sales gains are good news for the industry as it readies for next month’s Toy Fair, which is expected to draw 30,000 industry participants from 83 countries.