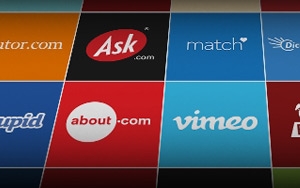 InterActiveCorp (IAC) announced Thursday it has realigned its reporting segments into six business units in the most recent quarter, after the creation of its publishing unit and the spinoff of its dating sites.

A publishing unit will contain About.com, Dictionary.com, The Daily Beast, as well as other properties. The segment will be led by publishing unit chief Doug Leeds, previously CEO of IAC’s Ask.com.

The publishing unit is intended to help raise the profile of IAC properties and make it easier for advertisers to buy inventory across the network. It will also make it easier for them to benefit from IAC’s investments in data infrastructure as well as new advertising technology and products.

Leeds told The Wall Street Journal in December that making acquisitions "is 100% part" of the publishing unit’s strategy. He suggested then that IAC was planning Web media-related acquisitions.

Match Group Inc., which completed its IPO Nov. 24, will be reported in its own Match Group segment. It has more than 45 brands, including Match, OkCupid, Tinder, PlentyOfFish, Meetic, Twoo, OurTime, BlackPeopleMeet and FriendScout24.

A video unit will contain Vimeo, DailyBurn, CollegeHumor and other properties.

An applications unit will include downloadable desktop and mobile applications, like SlimWare and iOS app developer Apalon, and IAC's "partner-facing" app business.

Home services marketplace HomeAdvisor will also be featured in its own segment, as well as an “other” segment featuring ShoeBuy and PriceRunner.

In November, IAC’s $512 million bid to combine HomeAdvisor with its rival Angie's List was rejected.

Latour told Publishers Daily at the time that each brand remains separate under Dow Jones Media Group, which will give them the attention and “intense focus… that these brands have not had yet.”
online publishing, online video, web sites
1 comment about "IAC Realigns Reporting Segments After Creation Of Publishing Unit".
Check to receive email when comments are posted.
Next story loading