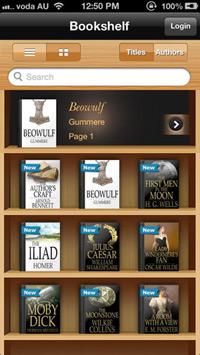 Firing back at the Department of Justice, Apple says its decision to enter the ebook market had "tremendous procompetitive effects," resulting in benefits like an increase in digital book sales.

The company makes that argument in new court papers, filed as part of a bid to appeal its antitrust defeat to the U.S. Supreme Court. Late last month, the Justice Department urged the Supreme Court to reject the case on the grounds that the verdict against Apple was "supported by overwhelming evidence."

The legal battle between Apple and the Justice Department dates to 2012, when federal and state prosecutors accused Apple and five publishers -- Hachette, HarperCollins, Macmillan, Penguin and Simon & Schuster -- with conspiring to end Amazon's policy of charging $9.99 for electronic versions of new releases and bestsellers.

In 2010, Apple and publishers forged an agreement to shift to an "agency" model. With that model, the publishers set prices and retailers like Apple and Amazon acted as agents, selling the books for a commission. The price of bestselling ebooks soon rose to $12.99 and higher.

Apple allegedly wanted the shift in order to sell books on the then-new iPad, but for more than $9.99 -- a rate that in some cases appeared below cost. The company presumably believed it wouldn't gain a foothold in the relatively new ebook market if it charged more than Amazon.

After a three-week trial in New York in 2013, U.S. District Court Judge Denise Cote ruled that Apple illegally orchestrated a price-fixing conspiracy with publishers. A panel of the 2nd Circuit upheld that finding last year by a 2-1 vote.

Apple recently asked the Supreme Court to hear the case. The company has drawn the support of several outside organizations including the Authors Guild, which says Apple helped writers -- and boosted competition -- by preventing Amazon from creating a monopoly in ebooks. "Whatever else may be said about how Apple entered the market, one thing is clear: Following its entry the industry became more competitive," the Authors Guild wrote in a friend-of-the-court brief filed in October.

Apple's latest papers repeat its arguments that it entered into business negotiations with the publishers for a legitimate purpose -- to enter the ebook market. "Apple’s conduct was undisputedly directed to a legitimate, procompetitive objective -- new entry -- and its agreements involved setting the terms of trade between Apple and the publishers, and no one else," the company says.

The company also points out that Circuit Judge Dennis Jacobs, who dissented from the panel's decision against Apple, wrote that no one has "suggested a viable alternative" that would have enabled the company to enter the market.