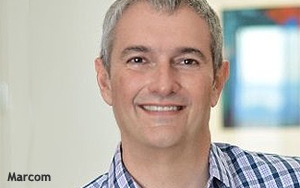 Marcopoto stated that Marcom has “close ties” within the global business community and experience growing international businesses across multiple platforms. It is clear that Marcopoto is eager to grow Time Inc. International in a meaningful way.

Marcom held a variety of roles at Time Inc. in the 1990s, including publisher of the Asian edition of Time and business development director for Asia. He most recently served as co-founder of Media BBQ. Marcom was previously president at Future US and worked at AdGent Digital as COO and Yahoo! Inc. as SVP, international operations.

Joe Ripp, Time Inc. chairman and CEO, previously stated Time Inc. has been working to expand their brands globally since it became a public company 18 months ago. Marcopoto himself was just officially hired as president this month. (For the past year, Marcopoto was serving as a consultant in the role.)

She stated that she aims to increase consumer engagement with “tactical solutions.”

Before joining MNI in 2014, Brakl was COO at MaxWorldwide.
magazines, management, marketing
Next story loading