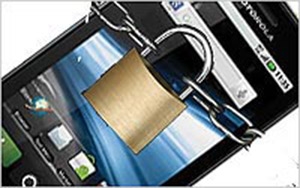 If accepted by U.S. District Court Judge Edward Chen in San Francisco, the deal will resolve a four-year-old lawsuit alleging that Carrier IQ's software violated smartphone users' privacy by logging their keystrokes. Carrier IQ and the manufacturers previously told Chen they had settled the case, but the details weren't revealed until late last week.

Allegations of a privacy breach first surfaced in November 2011, when a researcher posted a video that appeared to show keystroke logging. The report led to numerous lawsuits against Carrier IQ as well as Motorola, Pantech, Samsung, LG Electronics, HTC, and Huawai. The cases were consolidated in front of Chen in 2012.

Carrier IQ, which was acquired late last year by AT&T, acknowledged that its software sometimes logs the contents of messages, but said the data isn't readable. The company also said its software was intended to help mobile carriers to discover the source of network problems, like dropped calls.

The class-action settlement provides for consumers to receive a portion of the $9 million fund, contingent on how many of the estimated 79 million class members submit claims. If so many people submit claims that the payout would be less than $4 per person, no class members will receive any money. Instead, the fund will go to three outside organizations -- the Electronic Frontier Foundation, the Center for Democracy and Technology, and CyLab Usable Privacy and Security Laboratory at Carnegie Mellon University.

The deal also calls for the attorneys who brought the case to receive around $2.25 million.

Other privacy cases have been resolved with similar arrangements. For example, LinkedIn recently agreed to create a $13 million fund to settle allegations that it misappropriated users' names by sending email invitations to their friends. That deal calls for LinkedIn to distribute $9 million of that fund to class members who submitted claims -- but only if so few people do so that the payouts are at least $10 per person. Otherwise, the settlement fund will go to various nonprofits.

In that case, only around 550,000 LinkedIn members submitted claims; each person who did so will receive around $16, if the deal is finalized.

News about Carrier IQ's software spurred the Federal Trade Commission to bring an enforcement action against HTC. The FTC accused the manufacturer of failing to disable a code that was used in testing. HTC also allegedly installed Carrier IQ in such a way that many third-party apps could access users' keystrokes and gain access to the phone numbers users' called, browsing histories and other data. The manufacturer settled those charges by agreeing to issue software patches, establish a security program, and undergo security audits for 20 years.