Anomaly Reboots Under 'One Silo' 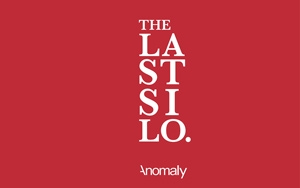 Latinos are no longer an emerging segment of the advertising industry, but rather a significant part of the mainstream consumer sector. Latinos make up about 18% of the total U.S. population and wield more than $1.4 trillion in buying power.

Now, New York-based Anomaly is recognizing Latinos’ influence with an agency reboot in the face of what it says is the advertising industry's propensity to segment them into an "emerging minority" division.

Anomaly is introducing its "One Silo" manifesto that will integrate multicultural marketing efforts throughout the agency instead of having them reside within the confines of a single department.

To help implement the new approach, Anomaly has hired two new senior executives:  Giovanni Villamar, previously at Dieste; and Mauricio Galván previously at d expósito, Totality HAVAS and Vidal Partnership. Villamar will head up the account side and Galván leads the creative effort.

Founding Partner, Jason Deland stated, “With the U.S. now having the second largest Spanish speaking population in the world – the demographics, buying power and cultural influence are undeniable. There is simply no option for progressive companies but to change.”

Villamar and Galván added that,  "The world has changed.  The country has changed.  And as a company with a history of being a catalyst of change for our clients, we could not help but be inspired by the country’s cultural evolution.  The cultural, economical, political contribution of the Latino community is one that can’t be ignored.  And with that great amount of influence, it requires a new approach at cultural engagement," they say.  "The industry has not kept up with the evolution.  The siloed 'Hispanic agency' approach has brought dysfunction, inefficiency, lack of creativity, and frankly resentment among these agencies."