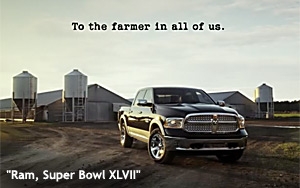 With the Super Bowl next week, perhaps there are advertisers lying awake at night with buyer’s remorse. Automakers, forget the Ambien, you don’t need it. Apparently, television sports is a no-brainer for cars. The winter edition of J.D. Power’s 2016 U.S. Automotive Media and Marketing Report says the top two types of shows that new-vehicle drivers most frequently watch are news/news programming (46%) and sports (42%), followed by situational comedies (33%) and dramas (28%).

“Sports may be one of the last remaining juggernauts in broadcast advertising, because it is the type of programming that people have a tendency to watch live,” said Dave Sargent, VP, global automotive, J.D. Power, in a statement. “That is why automakers place so many commercials during sports programs — people are watching live and are likely to see the ads.”

Good news for automakers like Hyundai, Mini, Honda, Toyota, Kia, and GM, and the rest who have spent upwards of $5 million to have a 30-second say in the game: the study, based on a nationwide survey of 27,308 principal drivers of recently purchased or leased new vehicles, finds that of the 23 sports measured in the study, professional football is the most frequently watched sport among new-vehicle drivers (42%).

Pro football is followed by college football (29%), and baseball (20%). Good news for first-time advertiser Buick is that, per the study, drivers of U.S. domestic brands (although this pertains especially to Cadillac, and to yearly Super Bowl advertiser Chrysler, and Ram) tend to watch professional football more frequently than drivers of Asian or European vehicles.

“The Super Bowl is unique in that a large portion of the audience watches as much for the commercials as for the game itself,” said Sargent. “Many of the more memorable commercials we’ve seen during previous Super Bowls have been from automakers.”