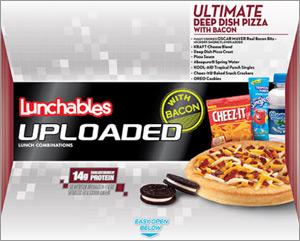 CPG dollar sales increased by just 0.6%, largely due to inflationary pricing, according to IRI.

Despite a continuation of "conservative" overall spending behavior, increased competition from restaurants, and the preference shift toward fresh foods, increased at-home eating and innovations in some categories helped edible CPGs perform a bit better than their non-food  counterparts.

Edibles accounted for 64% of CPG sales across IRI's multi-outlet plus convenience stores (MULOC) tracking, for the 52 weeks ended Nov. 1, 2015.

Looking at food/beverage store departments by volume, beverages saw the largest unit growth (+2.9%), as well as a 5.3% dollar increase.

Beverages had several of the year's fastest-growing categories by volume, including refrigerated and ready-to-drink coffees and teas (units +10.5% and +10.3%, respectively), energy and sports drinks (units +8.1% and 7%, respectively), and bottled water (units +7.1%).

Frozen foods was the worst-performing department by volume -1.5% in units (although up 1.5% in dollars). Gains in "healthier" categories like frozen fruit and frozen seafood could not offset the losses in other key frozen categories. Notably, frozen dinners/entrees and pizza saw sharp unit declines (-4.6% and 3.6%, respectively).

Within dairy, IRI reports that natural cheese gained 3.3% in units and 4.2% in dollars, while milk units slid 0.7% and dollars dropped 5.2%. (Inflation is expected to help milk's dollar sales in 2016.) Both natural cheese and milk are among the 10 largest store categories.

Despite prices increases driven by a 9.2% jump in meat prices, refrigerated lunches posted the largest unit gain of any edible category—up 14.2%, versus a 1.1% gain for refrigerated as a whole.

IRI notes that Kraft Lunchables Uploaded (shown above), the top Pacesetters product launch of 2014, was a major driver in the category: It generated $143 million in its first year, and grew 5%, to $130 million, in 2015's first 11 months.

IRI reports that none of the non-food departments posted negative unit sales gains, but growth was flat to slightly up.

Trends By Retail Class of Trade

Grocery stores accounted for 55% of edible and 19% of non-edible CPG dollar sales (each up 0.3 percentage points versus previous year).

Dollar stores had 2% and 3% of edible and non-edible sales (flat with previous year).

Areas of Growth Opportunity for 2016

Furthermore, 57% of consumers will make their purchase decisions before they enter the retail store, "so marketers must continue their efforts to engage shoppers early in the planning process," note the analysts.

Despite the headwinds, IRI summarizes several trends that represent opportunities for growth — including the Internet, which will account for about 50% of industry growth ($28 billion in growth) between 2013 and 2018.

Trends to leverage include:

*Omnichannel retail, which can enable manufacturers and retailers to harness in-depth insights about how consumers travel online to understand the new path to purchase and drive in-store growth.

*Demographic shifts: "The growth and transformation of U.S. households are altering shopper attitudes and behaviors," notes the report. "Keep a finger on the pulse of increasing ethnic diversity and the explosion of non-traditional families."

*Doing more with less media: "Consumers are constantly barraged with marketing messages—cut through the noise in the marketplace and focus on quality versus quantity," advises IRI.

*Healthy innovations: Consumers are embracing a wide variety of healthier-living strategies. Look across CPG aisles for new ways to deliver healthier options for shoppers and the environment.

*Transparency in all things:Answer consumers’ thirst for transparency and authenticity.

*Snacking: Grazing and snacks-as-meals continue to create a revolution in consumer eating behavior.

*Driving growth by improving efficiency and productivity in current stores, rather than expanding store distribution.

The full report, "Taking Stock of CPG Past and Future," can be downloaded from IRI's site.