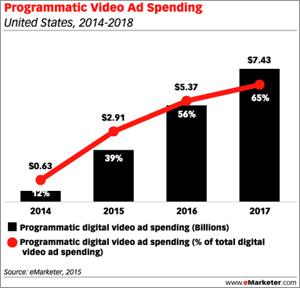 Three days out from the Iowa caucuses, data has emerged showing skyrocketing digital ad prices in early voting states. Total ad spend in Iowa has soared to $70 million across both parties, according to data from SMG Delta.

Notably, desktop video ad prices increased 16% on political sites from December to January, and the increase in early primary states was 34% on TubeMogul’s desktop platform. A variety of sites were studied, ranging from RealClearPolitics to Breitbart and The Hill.

Digital ad inventory in Iowa, New Hampshire and Nevada are among the top five most expensive states in the country for desktop video CPMs.

Media Daily News spoke with Taylor Schreiner, VP of research at TubeMogul, to discuss the findings and talk about the short-term future of programmatic political marketing.

Media Daily News:  Other than the forces of supply and demand, what are the variables defining political CPMs today?

Taylor Schreiner:  Targeting is a big factor in price. Relatively few people vote, and fewer still vote in a primary or a caucus. Political advertisers use a combination of Web sites and apps, ZIP codes or cities and audience data to amplify their targeting, and campaigns are willing to pay a premium for it.

The cost of alternate media also likely plays a role -- as TV rates rise, online and mobile video become more attractive. These dynamics can be exacerbated by the relatively short turnaround times and quick pulses that characterize political campaigns, especially as they get closer to voting day.

MDN: Political ads on political sites have clearly higher CPMs than the average site. Are these CPMs likely to keep rising after Iowa and New Hampshire, or do you expect that they have hit the upper limit?

TS: More people will spend more time on political sites this year; the money will follow the eyeballs. We expect that overall, rates will continue to rise gradually until they plateau during summer, and then escalate again as we move into fall. Of course, unexpected results could spike traffic at any time.

MDN:  Will other states later in the cycle see the same jump in CPMs that we’ve seen in Iowa and New Hampshire?

TS: It really depends on these first few states. If the early money moves the needle in Iowa, it stands to reason that the general election funds would make a meaningful difference in Ohio and Florida come October. If that happens, the campaigns working with partners that can quickly tell them what’s working where stand to benefit most.