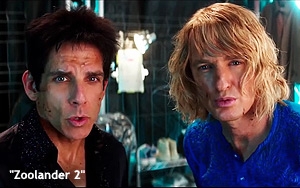 Zoolander will “educate” viewers on the importance of outer beauty. Also, NBCUniversal’s movie site Fandango will release these videos across he Fandango site, and Facebook, Twitter and Instagram feeds.

The advertising campaign will air a number of different versions on the networks, digital and social platforms of Bravo, E!, NBC, Telemundo and USA, with each video tailored for that network’s unique audience.

Steve Siskind, president of domestic marketing at Paramount Pictures, stated that the combination of the "The More You Know" campaign and "Zoolander" "were a natural fit and will make you think about this venerable campaign in wholly new ways.”

“Zoolander 2” premieres Friday, February 12, in theatres nationwide. Since January 10, Paramount has spent $20.5 million in national TV media, according to iSpot.tv.