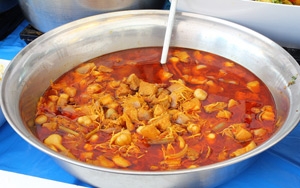 There’s no mystery why large food and beverage companies are struggling for growth: Not only are consumers increasingly turning away from packaged foods, they’re also making fewer dishes per meal and using fewer ingredients.

That’s according to The NPD Group’s food consumption research.

One- and two-dish meals are on the rise at the expense of the traditional three-part meal, NPD reports. Furthermore, consumers are relying on portable, better-for-you snacks to be part of -- or actually constitute -- their meals.

Dinner has seen the greatest contraction in dishes and ingredients, although breakfast actually has become a bit more complex, due to the popularity of eggs.

Another big challenge for “Big Food”: The number of occasions for consuming foods and beverages is flat.

This means that food manufacturers and restaurant and foodservice operators “are increasingly competing for a larger share of a smaller food and beverage pie,” says NPD VP food industry analyst David Portalatin.

“This doesn’t mean that main meals, ingredients, condiments and side dishes are going away; it just requires food manufacturers to reconsider the role of these items in the occasion and how these items can stay relevant to consumers’ new eating patterns,” he explains.

However, fewer dishes per meal and stagnant eating occasion trends still pale in comparison to the impacts on packaged foods and supermarket center stores being wrought by consumer demands for fresh, minimally processed foods and beverages.

Those purchasing and eating habits are most pronounced among Millennials. In fact, NPD’s research indicates that only Millennials and Gen Z will increase their organic and fresh food consumption through 2019.

But these groups will, of course, become increasingly powerful consumer forces as the years go on — and NPD stresses that its three decades of eating pattern research show that consumption of fresh foods increases with age. NPD says that the robust outlook for fresh foods is also being confirmed by an in-depth generational study that it is currently conducting.

In short, big food companies and retailers are battling for share and trying to meet radically changing consumer needs “with processes and infrastructure that were built for the mass-produced foods consumers craved a decade ago,” says Portalatin.

Still, he adds, through acquisitions and ingenuity, food companies “have made progress over the past few years in finding white space, growth occasions and new products.”