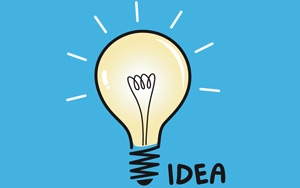 Jared Cohen will head Jigsaw and will remain an adviser to Schmidt. The former member of the U.S. State Department's Policy Planning Staff began running Google Ideas in 2010.

Schmidt revealed the news in a post on Medium, explaining how the team will focus on using technology to tackle the toughest geopolitical challenges, from countering violent extremism and mitigating threats associated with digital attacks to online censorship.

With the rebranding, Jigsaw moves under Alphabet, rather than remaining under Google. For now it will not become a separate Alphabet unit like Nest or Calico.

"The new name acknowledges that the world is a complex puzzle of physical and digital challenges," Schmidt writes in a post. "It reflects our belief that collaborative problem-solving yields the best solutions."

Schmidt tells us in a letter on the site that Google Ideas was created five years ago as an in-house think tank to explore how technology might help the next five billion people coming online for the first time. New Internet users come online in societies where censorship, corruption, or violence are daily realities, he explains.

While not directly related to search advertising and marketing, many of the team's products and projects aim to protect access to information obtained from a search query on an engine or publisher's Web site. For example: Project Shield, which uses Google's computing infrastructure to protect against digital distributed denial of service (DDoS) attacks on the Web, Password Alert, which helps protect against phishing, and uProxy that lets people share access to a free Internet, Schmidt writes.

It's unclear whether the rebranding means Google plans to increase investments in the technology incubator. Schmidt explains that "Jigsaw will invest in and build technology to expand access to information for the world’s most vulnerable populations and to defend against the world’s most challenging security threats."

Note: Medium is a site launched by Twitter cofounders to share ideas longer than 140 characters in a blogging format, calling it a place to read and write.