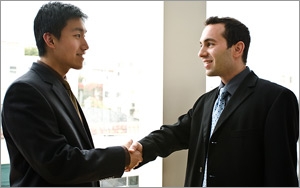 Microsoft began quietly rolling out a branding message introducing the world to the new Bing Network, viewed by some as a key element the search engine lacked for the past six years. Several events promoted the change.

"Less about words and links, more about meaning and intent," Microsoft's message says the network pulls together in-the-moment data from across its mobile, global and local partners to support products that people use daily. And that network continues to grow.

With the transition of all U.S. accounts, people and account management from Yahoo to Bing, the network represents an expanding set of partnerships such as AOL, and The Wall Street Journal, which adds more searches and clicks to the network daily, wrote Stephen Sirich, GM of advertising and consumer monetization group at Microsoft, in a post.

"Microsoft’s 'mishap' was going up against Google trying to change the paradigm that people had for search," says Robert Passikoff, founder and president of Brand Keys. "Google always led in the impression that their site selection and number of sites accessed was bigger. They had it all for you. Microsoft was more concerned about telling you how to organize the information, but they seemed to offer less, and in a less logically organized fashion."

It seems Google's greatest success began with its name. Microsoft does little to brand Bing, although search lives inside of Amazon's devices, powers Web results for Apple Siri and Spotlight Search, and supports maps on thousands of Web sites.

With Windows 10, Cortana now sits on millions of PCs and Xbox One. Aside from Ask, Bing was the only major search engine to demonstrate growth in January from organic searches, per comScore.

Bing powers 14 billion monthly searches worldwide. Still, Microsoft's biggest challenge has been brand value -- not for the Microsoft brand, but for Bing. Google is a master of branding, and the brand is one of the most valuable in the world. In 2015, Interbrand placed a valuation of the Google brand at $120.314 billion, up from $107.43 billion, only second to Apple in brand value.

Microsoft came in at No. 4 with $67,770 billion in brand value, per Interbrand. Bing is nowhere to be found on the list. One major difference is the way Google uses the brand value to market its search engine, whereas Microsoft uses Bing, a relatively new brand in the scope of technology.

The shift in brand strategy also marks an end to the Yahoo-Bing Network. The renegotiated search deal between Microsoft and Yahoo in April 2015, five years into the 10-year deal, has ad sales and account management returning to their respective companies.