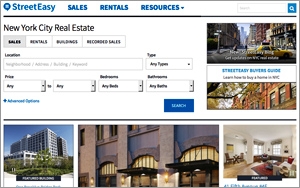 Through a series of illustrations, the campaign “depicts the give and take involved in finding a neighborhood and home in New York City that best fits a renter or buyer's budget, needs and lifestyle,” the company states.

The images are formatted as mathematical equations, adding and subtracting the factors and amenities that play into a person’s search for a new place to live.

In other words, you can’t have it all.

"When it comes to New York City real estate, there's an old adage that usually comes into play: cost, location or size – pick two. There isn't an absolutely perfect living situation in this city, and if you prioritize one thing, that usually means you have to give something else up," stated Susan Daimler, general manager of StreetEasy.

These tradeoffs are what the new campaign is all about, Daimler added. StreetEasy’s goal is for their listings, search criteria, and database of information to help buyers and renters find what they need.

The company's first ad campaign debuted in 2015 and was titled "Live As You Please."

Like the first campaign, "Find Your Formula" will appear throughout the city with a focus on OOH placements where New Yorkers spend most of their time: streets, sidewalks, subway stations, subway cars, buses and taxis.

The campaign rolls out this week and will continue through the spring.

"Find Your Formula" was created by Office of Baby, an ad agency based in New York City with clients like Comcast, Capsule and ZocDoc.

StreetEasy is owned by Zillow Group, which coincidentally announced this week that it will begin rolling out broadcasting spots from its "Home" campaign. Three TV commercials debuted Monday and another nine will run by the end of the summer.