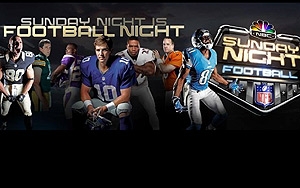 Nielsen’s average commercial ratings plus three days of time-shifted viewing (C3) dropped only 3% in total day ratings from a year ago for the broadcast and cable networks, according to MoffettNathanson Research.

Although prime time 18-49 ratings continued to see some more severe declines -- down 11% for broadcast and 5% for cable -- MoffettNathanson says the data was impacted by one less NFL weekend in the month and not indicative of underlying ratings performance.

The drop among cable networks prime-time 18-49 viewers was less than January 2015’s decline from the year before, which was 11%.

NBC grew 12% during the month among 18-49 viewers -- due to one extra airing of its top rated “Sunday Night Football”; CBS was down 18%, due to having one wildcard NFL game this year, versus a higher-rated AFC Championship game last year; and ABC dropped 16% due to general weakness.

Fox sank 21% in January, due to the shift of airing “Empire” to second quarter this year from the first quarter a year ago, as well as no prime-time NFL games in January.