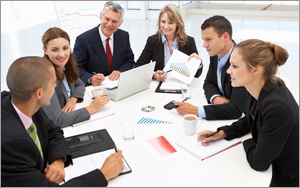 A slowing economy contributed to the last three months of 2014 as “one of the slowest media and entertainment merger and acquisition quarters in recent history,” according to a new report.

For fourth-quarter 2015, PwC, in its U.S. Entertainment, Media & Communications report, says there were 172 deals -- well below the total of 211 announced in the fourth quarter of 2014.

Looking at the last seven quarterly periods — before the fourth quarter of 2015 — there has been, on average, 216 announced media deals per quarter.

PwC, the former PricewaterhouseCoopers, said the slowdown deal could be attributed to an overall wait-and-see approach for deals seeking regulatory approval; a tightening of access to debt markets; and overall uncertainty around the broader macroeconomic environment.

Although the number of advertising and marketing deals climbed to 228 from 202 -- remaining the biggest category overall -- the next six categories, publishing; Internet/information; communications; broadcasting, recreation & leisure; and film/content, witnesses lower deal volume versus 2014.

Charter Communications’ deals aside, the number of cable industry deals dropped overall to 12 from 22 from the year before.