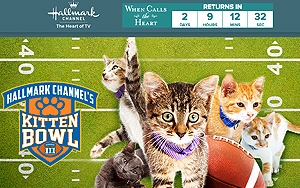 Crown Media says it posted a 21% gain in advertising revenue quarter-over-quarter to $134.1 million. Other bigger TV-media companies have seen 5% to 7% ad growth in recent quarters.

Some of its strong results have resulted from adding 5.1 million subscribers for Hallmark Channel and 6.7 million for Hallmark Movies & Mysteries during the year.

Crown Media witnessed more than a threefold rise in content revenue sales to $7.2 million. Revenues from deals with subscription VOD services added $5 million during the year.

Net income for the fourth quarter was down to $38.9 million from $51.6 million. Some of this was due to higher programming costs, which increased 66% to $55.7 million during the period.