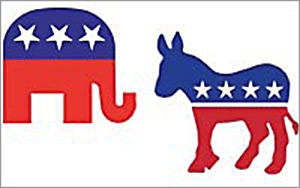 As the Republican and Democratic primaries heat up, more mobile tech companies are offering solutions for political marketers to reach millennials and minorities, two highly desirable voter demographics that tend to be mobile-first consumers.

SITO Mobile announced the launch today of a new product for political marketers, allowing them to use location data to target voter segments. SITO Elect uses hyperlocal targeting to identify Republican or Democrat households and serve ads to users at specific locations.

The product uses first- and third-party data to reach out to potential volunteers and target neighborhoods with traditionally low voter turnout rates to get out the vote.

The expected spend on political campaigns, including Super PACs, will amount to some $10 billion this year. Much of that spending has shifted from TV to mobile and digital advertising. “While past elections have been driven by effective social media marketing, the 2016 elections will be influenced by mobile media,” stated SITO Mobile CEO Jerry Hug.

According to a recent IAB study, digital and mobile marketing heavily influences Hispanic voters, with 87% saying that they’d taken further action after seeing a digital or mobile political ad.

As more households cut cords, future voters will grow up in houses centered around devices other than a TV. Political marketers need to shift spending accordingly in order to reach them.