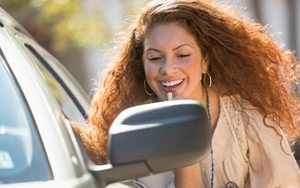 Procter & Gamble is out to give Millennial Latinas what they’re most craving—and it’s not lipstick or better shampoo. Fueled by research that 86% of Hispanic women between 20 and 39 say they’d like a mentor in their life—and that 53% think that mentor should also be a Latina—it’s focusing this year’s #LivingFabulosa effort on building a network of role models and mentors.

It also found that women who have been lucky enough to have a mentor say it has made a big impact: Some 86% believe it has made them more confident about risk-taking. And 72% of those who haven’t found a mentor think they would be further along in achieving their goals if they had one. Overall, 82% of those with a college degree say there aren’t enough Latinas portrayed in the media.

The #LivingFabulosa kick-off event, hosted by actress Diane (Orange Is the New Black and Jane the Virgin) Guerrero, is meant to arm Orgullosa women with mentoring and confidence-building skills they can use to inspire others.

P&G launched Orgullosa back in 2011 as an online community to help Hispanic women connect with one another, as well as expose them to P&G beauty brands, including Pantene, Olay, Crest, Secret and Venus. It currently has 1.5 million members, with most between 23 and 27, says a spokesperson, typically bicultural Latinas primarily consuming content in English. (The name is Spanish for proud, she says, and meant to reflect women’s pride not just in culture and traditions, but also “her beauty, family, and home.”)

Hispanics typically spend more on beauty products than any other consumer segment, according to Nielsen. They account for 16% of the total U.S. hair care market, 14% of fragrances and 13% of cosmetic sales.