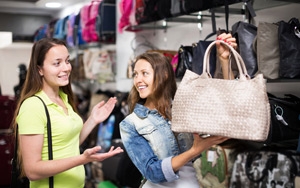 Foursquare is rolling out a new attribution tool that can measure the conversion of media spend into real world visits to retail locations.

“That means we can measure how much advertising actually leads people to go shopping in stores or dining in restaurants,” Foursquare president Steven Rosenblatt explains in a new blog post.

The tool can be integrated with virtually any digital ad campaign, and measure display, video, native or cross-device, according to Rosenblatt. In recent months, the local search and discovery platform has run about a dozen pilot tests with marketers, agencies, publishers and programmatic partners.

In one test with Flipboard, Foursquare demonstrated that the brand’s ads drove 12% incremental lift in visits to retail locations within a week.

To track attribution, Foursquare places a pixel within digital ad units, then notes the frequency of visits to certain places, and how it differs between exposed and unexposed groups.

Rosenblatt also transitioned from Foursquare’s chief revenue officer to the role of president, last month. The change in guard coincided with Foursquare raising another $45 million in equity financing led by Union Square Ventures.

The investment reportedly valued Foursquare at around $325 million -- half of what investors thought the company was worth as recently as 2013.

Separately, sources recently told Re/code that Foursquare has held discussions with potential buyers. Among other issues, it would appear as though users failed to fully embraced Foursquare’s decision to divide itself into two distinct apps.