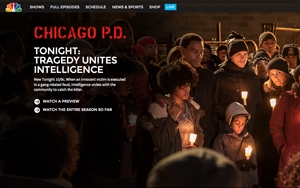 In a first, NBCUniversal says it is expanding its NBCUx -- its digital programmatic initiative -- for linear TV.

Beginning this fall, NBC says advertisers can use data and automation to build media plans including linear TV inventory for NBCUniversal’s cable and broadcast entertainment networks.

NBC says this is the first national programmatic TV offering at scale.

Select advertisers and their agencies can target consumers by developing media plans via a private exchange. They can use a combination of their own data, third-party data sources and NBCUniversal’s television inventory.

NBCUniversal will also offer its TV inventory to a select demand side platforms (DSP), which meet the company’s requirements. NBC didn’t go into details.

For the past two years, NBCUniversal has offered programmatic buying to advertising clients through NBCUx for its digital video and display inventory.

Other TV networks have also offered programmatic efforts with their digital content -- and some have experimented in offering programmatic for linear TV as well.

NBC has launched a number of new new data-related advertising efforts -- most recently Audience Studio, which combines data offerings through a single platform across its vast broadcast, cable and digital portfolio.

Dan Lovinger, EVP/entertainment advertising sales group for NBCUniversal, stated that NBC's goal is to give advertisers many ways to access target audiences.

The network said the new programmatic sales offering will be part of this year's upfront advertising sales process.