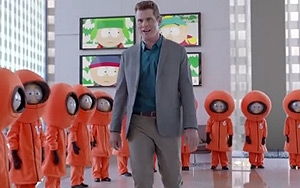 Streaming entertainment is undoubtedly cutting into the time consumers spend watching television, but that doesn’t necessarily mean the end is nigh for traditional television providers.

According to Hub Entertainment Research, more than three-quarters (77%) of consumers with broadband access have watched online-only content in the past six months, and nearly as many (76%) watch some online programming every week. (Among Millennials, not surprisingly, the tallies are even higher, with 88% having watched in the past six months and 53% watching online content every day.)

While this viewing has cut into traditional TV watching (37% of all consumer said they have been watching less TV since adopting online video), there is hope for the industry. Nearly half of all consumers (48%) said they would have a “positive reaction” if one of their favorite online video personalities struck a deal with an already established entertainment company, while only 11% said they felt the opposite. Furthermore, a third (34%) of consumers aid they’re more interested in watching videos from “familiar companies like TV networks,” compared with 14% of viewers who prefer videos from independent parties with no industry connection.

“Even though right now, [streaming video] is perceived as largely a competitor for big media companies, it sounds like like people are open to having brands that are traditional media companies being involved,” Jon Giegengack principal at Hub, tells Marketing Daily. “And it’s big enough of an audience that big media companies can’t afford not to be involved. The key is to do it without killing the golden goose and changing the content people like so much.”

This means, however, that many traditional television content providers will have to adapt to some new models that include shorter content, more experimental approaches and micro-targeting genres, he says.

“[Streaming content creators] are not bound by length and the lines are blurry. They can cover specific topics that audiences wouldn’t find on TV,” Giegengack says.

Meanwhile, some of the most popular content involves video games. Among those who watch gaming videos (which include video game reviews, gameplay recordings or live e-sports competitions), 51% watch them every day, making the category ripe for game marketers or those with gaming demographic overlap, he says.

“It’s one of the most engaging forms of online content,” Giegengack says. “If you’re a TV network that serves that segment, the competition for TV viewing time isn’t just other TV shows, it’s other types of content.”