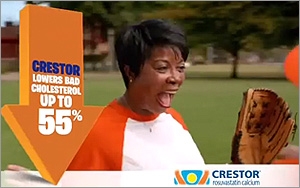 Not long after the American Medical Association recommended that lawmakers ban direct-to-consumer drug advertising by pharmaceutical manufacturers, Connecticut congresswoman Rosa DeLauro is proposing new curbs in the form of a three-year moratorium on DTC ads for new drugs, as well as a permanent prohibition on ads for drugs determined to have “significant” side effects.

DeLauro, a Democrat, said her proposed “Responsibility in Drug Advertising Act,” which would prohibit pharmaceutical manufacturers from advertising a new drug for three years after it is introduced, is intended to fight the inflation of health care costs and prevent consumers from taking unnecessary medications.

Introducing the bill, DeLauro stated: “At the end of the day, we should allow informed medical professionals, not advertising executives, to guide our healthcare spending.” Opponents of DTC advertising have argued that the messages prompt patients to put pressure on doctors to prescribe drugs that they don’t need or which are more expensive than equally effective alternatives.

Pharmaceutical companies and advertising agencies fired back, blasting the proposed ban on First Amendment grounds as well as ethical concerns.

Dan Jaffe, the Association of National Advertisers’ group executive vice president for government relations, stated that under the proposed rules, “if you come up with a drug that is lifesaving, you could not tell people about it for two or three years. Cutting people off from truthful, valuable and lifesaving information is not only deceptive but unconstitutional.”

Previously, following the AMA’s recommendation in November of last year, PhRMA spokeswoman Tina Stow argued “beyond increasing patient awareness of disease (including undiagnosed conditions) and available treatments, DTC advertising has been found to increase awareness of the benefits and risks of new medicines and encourage appropriate use of medicine.”

On that note, drug companies pointed to research summarized in a working paper from the National Bureau of Economic Research, titled “Prescription Drug Advertising and Drug Utilization: The Role of Medicare Part D,” showing that DTC prescription drug ads may be beneficial to consumer healthcare by boosting patient adherence to drug regimes.
advertising, health care, pharma
Next story loading