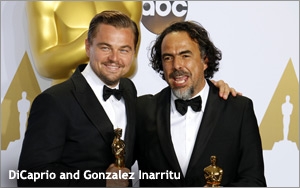 While this year’s version for the Oscars took another viewership hit, advertising revenue made gains versus last year’s event.

Around $120 million in advertising revenue was pulled in for this year’s event -- $101.9 million for “The 2016 Oscars” event itself, and $17.2 million coming from the pre-game “Live From the Red Carpet Ceremony,” according to iSpot.tv.

A total of 51 spots ran from 28 brands for the 2016 program, according to iSpot.tv. Overall estimates were that Oscar advertisers paid between $2 million and $2.3 million for a 30-second commercial.

ABC also ran eight TV promotional spots for its shows; a total of 13 airings for those messages. Plus, Netflix and PBS ran individual thirty-second TV commercials.