TubeMogul Takes Direct Aim At Google In 'Manifesto For Independence' 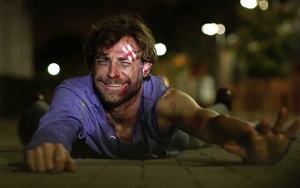 Programmatic software provider TubeMogul has taken on the 800-pound gorilla -- Google -- in a new and unprecedented ad campaign that aims to call into question the company's "walled-garden" strategy and self-interested tactics where programmatic advertising is concerned. The campaign, which broke on Monday, includes targeted digital video, outstream video and print ads in several trade publications.

In a pointed blog post entitled “Manifesto For Independence,” TubeMogul challenges Google’s DoubleClick Bid Manager -- the largest player in the space -- much in the way that Apple’s iconic 1984 campaign took on IBM. Both TubeMogul and Google have enormous stakes in the programmatic advertising space.

The post goes on to say that TubeMogul prides itself on its independence and transparency and that it doesn’t try to be all things to all people. “Early on, we decided to be a buy-side platform, maintaining a singular focus on advertisers. That means we do not own media or make money from publishers in any way; our only incentive is to do what is best for marketers. More broadly, we believe that this balance between the buy and sell-side is crucial to maintaining trust in advertising.”

The digs specifically suggest that Google has a conflict of interest being part of both the buy and the sell sides. Furthermore, TubeMogul implies that Google’s business has little transparency, shares data that shouldn’t be shared and doesn’t allow advertisers to choose where their ads should run.

But it doesn’t stop there. It literally arms brand advertisers with five questions that they should ask Google reps before they decide to use Google’s DoubleClick Bid Manager:

1. Can I use an independent data platform to control and analyze exactly where and how my data gets used? Answer: Your data should belong to you.

2. In addition to the software fees I pay you, do you have a financial stake in the media/publishers? Answer: Making money on both sides of a transaction is a conflict of interest.

3. Can I pick my exact sites, formats, devices, and audiences? Answer: You should be able to handpick the exact targeting strategies for the exact media sources you want to buy.

4. Can I bring in new inventory sources or private inventory deals? Answer: You should have complete freedom to integrate any inventory source into your strategy, no matter how it was bought.

5. Can I define my own metrics for success? Answer: You should be able to decide exactly what success looks like for your brand, not compromise on performance-based metrics like cost per view.

TubeMogul executives could not be reached by deadline for comment. Due to the stealth nature of the campaign and a non-disclosure agreement, it wasn’t possible to contact Google for this particular story.

The Manifesto also includes a video of TubeMogul CEO Brett Wilson speaking at a TubeMogul University event telling the audience that its only incentive is to do what’s best for advertisers, that advertisers deserve to know exactly where their dollars are spent—on fees, metrics, etc, and  that their data is theirs and theirs alone—it shouldn’t be shared with publishers and competitors. He reminds the audience of the company’s value proposition: It automates processes that used to be manual—planning, buying measurement and optimization.

And, further, Wilson says in the video: “You should be able to decide exactly what success looks like for your brand, not compromise on performance-based metrics like cost per view.”

A scathing faux commercial that’s likely to go viral depicts what TubeMogul thinks will happen to Google if it continues going down the path it’s on, poking fun of Google’s perceived nonchalance in moving to skippable video ad formats in January 2016 “because it’s better or something” and noting how angry brands demanding transparency and data are storming the “walled garden."

Separately, two additional videos use Google’s own voice recognition technology to show that Google search results won’t answer advertisers’ questions. “Google, show me results for articles on ‘conflict of interest’ or ‘advertising conflict of interest.'" In the video, Google declines to answer the questions.

In calling Google out, TubeMogul makes plain that it believes the giant has misaligned business incentives and has a conflict of interest with advertisers.