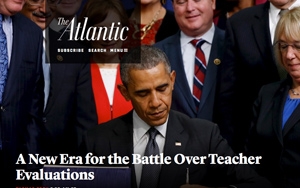 The Atlantic announced today a partnership with advertising agency Wieden+Kennedy to develop a new consumer-facing brand campaign that will launch later this spring.

This is the first time in eight years The Atlantic is launching a brand campaign. The campaign is still being developed with Wieden+Kennedy, Anna Bross, senior director of communications at The Atlantic, told Publishers Daily.

She added that the campaign will help “push our brand to people who don’t know of us yet.”

The advertising campaign will be connected to the concept of The Atlantic’s most recent editorial project, “A&Q,” which the company also launched today.

The project aims to challenge “popular answers to pressing questions” and turn “the conventional Question & Answer format on its head,” according to the company, celebrating the magazine's “storied tradition of questioning the news rather than simply reporting it.”

In each A&Q, Atlantic reporters take some of the most frequently posed solutions to consequential matters of policy, and complicate those answers with more questions.

A&Q is the concept of questioning the news, instead of just reporting it,” Bross said. Sam Rosen, vice president of marketing at The Atlantic, told Publishers Daily that the impetus for the campaign came from a clear realization. A strong brand was becoming increasingly important while making an effort to reach audiences across distributed platforms.

“As our audiences become more distributed and we continue to reach them in more places, being able to make a connection with them as a brand and make a strong impression on them is increasingly important as the media space becomes increasingly crowded,” Rosen said.

According to Rosen, the goal of the campaign is to clarify to consumers who and what The Atlantic is: “a brand that challenges convention. We don’t accept the status quo. We question the answers and question the news.”

According to the company, more details will be shared in the coming months. Meanwhile, A&Q is presented in a custom dashboard showing 20 subjects. The first eight A&Qs launched today on a custom dashboard, including: How should the U.S. go about reducing its sky-high rates of gun violence? How can wages for men and women be made more equal? The remaining topics will be released over the next four weeks.

The Atlantic’s creative marketing group developed the native advertising experiences, which question topics of e-commerce, retail, and globalization. The first, “Brick and Mortar is Dead,” is running now on the Web site.