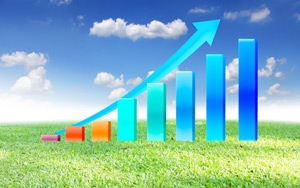 Email use worldwide will top 3 billion users by 2020 according to estimates from analysis firm The Radicati Group, released in a new email statistics report -- an increase from 2.6 billion worldwide email users in 2016.

The report is derived from the company’s Worldwide Database of user population and enterprise IT adoption rates as well as from vendor briefings market share, revenue and sales. The definition of email users in the report includes both business and consumer email users.

Email users are expected to grow 3% year-over-year over the next four years, according to the report. Primary growth drivers include the continued standard of email in business communication, the need for email addresses to complete online retail transactions and the integration of email with nearly all other forms of digital communication (i.e., social media, IM, etc.).

Email volume over the next four years will also rise, according to The Radicati Group, and at a higher rate than overall email users. Growing between 4.5% and 4.6% year-over-year, the estimated number of business and consumer emails sent per day will reach 257.7 billion by 2020. Daily email volume is expected to total over 215.3 billion by the end of 2016.

This growth is not surprising, considering that global smartphone subscriptions are expected to double between 2016 and 2020, per Ericsson’s annual Mobility Report. By 2020 there will be an estimated 6.1 billion smartphones in use around the world, a jump from 2.6 billion devices in June 2015.