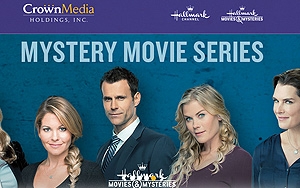 Hallmark Cards, which holds a 90.3% stake in Crown Media Holdings -- home of Hallmark Channel and Hallmark Movies & Mysteries -- intends to buy the remaining share it doesn’t own for around $175 million.

In a letter to Crown Media’ board, Hallmark said it wanted to make the move to "realize benefits from its ownership of Crown that are unavailable to it while Crown remains a public company with minority stockholders."

For the its fourth-quarter reporting period, Crown Media posted a strong 21% gain in advertising revenue quarter-over-quarter to $134.1 million, versus other bigger TV-media companies getting 5% to 7% ad growth in those same periods.

In 2002, Hallmark Cards looked to sell all or part of its stake in Crown Media Holdings, valued then for as much as $1 billion.