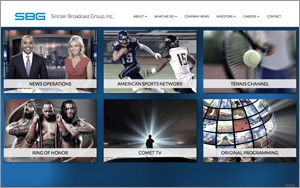 Widespread programmatic TV advertising deals will not take hold of the marketplace for at least 12 to 24 months -- with national TV deals coming online first.

“The transformation will begin with national advertisers prior to it reaching the local level,” says Rob Weisbord, COO for Sinclair Digital Group, part of the large TV station company, Sinclair Broadcast Group, speaking in a programmatic TV report from BIA/Kelsey, an advertising/marketing advisory company.

“From a local perspective, I believe it will start with addressable delivery to TV stations sometime in 2016 and we are at least 18-24 months away from a full-blown solution,” he adds.

Brad Danaher, television partnership director of Experian Marketing Services, thinks the year-and-a-half to two-year time period makes sense “as advertisers get more comfortable with the new process flow and they see that their small scale testing is paying off with good ROAS [Return On Advertising Spending].”

Brett Adamczyk, vice president of business development and strategy of Videa, the Cox Media Group sell-side platform, says: “We believe, given the political cycle in 2016, that the real shift in programmatic buying and overall acceptance in the marketplace will happen in 2017.”

“The challenge, particularly in national TV, is the ecosystem historically benefits the buying clout of the large holding companies. The value they have in their legacy pricing and the inventory positions/sponsorships they have secured in the limited inventory of the major TV programmers.”

Near-term, Raleigh believes large efforts of some major TV network groups -- NBCU, Turner and Viacom in particular -- in addition to the separate, “open marketplace” will have some significant impact.