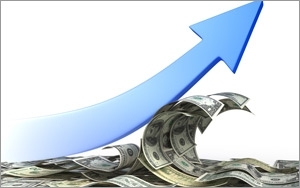 A stronger-than-expected current advertising market, specifically from TV and digital platforms, has raised one 2016 overall U.S. advertising estimate -- and shows that gains from one media platform may not be coming at the expense of another.

MoffettNathanson Research says the U.S. ad market is expected to grow 7.2% to $188.4 million; this is up from an earlier 4.5% projection.

In the fourth quarter of 2015, national TV ad revenue rose a surprising 7% or $750 million; with Facebook climbing 64% or $1 billion in advertising revenue and Google rising 26% or $1.5 billion.

Michael Nathanson, senior research analyst for MoffettNathanson Research, writes: “For the first time in recent memory, we saw strong results at both national TV and online advertising, which makes it hard to believe that digital weakness fueled TV gains.”

Analysis suggests the strength of the TV market is being driven by supply and demand -- specifically a decline in total prime-time 18-49 viewers -- forcing “record levels of price inflation.” This has been boosted by a slowdown in additional commercial minutes available -- only rising 1% in the fourth quarter versus around an average 4.5% rise starting in the second quarter of 2014.

The strength of digital media continues and is expected to increase -- primarily due to both large marketers and well as millions of small- to medium-size business owners that can’t afford to buy high-priced TV.

Typically, the most advertisers a cable or broadcast network can have per year is in 500 to 1,000 range, according to others analysts.