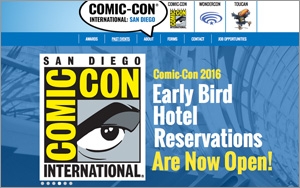 The ad-free service will launch on May 7 as a beta test, leading up to its official start in June, ahead of its big annual Comic-Con International event in San Diego. Comic-Con and Lionsgate did not disclose consumer pricing for the channel.

Comic-Con will run original scripted and unscripted series, daily and weekly entertainment commentary, plus a library of live and library programming. There will be other film and TV programs, as well as behind-the-scenes access and bonus content.

Former talent/producers of G4, the cable TV gamer/tech channel, Kevin Pereira and Adam Sessler will be involved in producing TV shows on the platform.

The beta test of Comic-Con HD will start on May 7, “Free Comic Book Day” for users browsers and iOS/Android devices. The channel will then roll out on Roku, AppleTV and Xbox One, as well as other devices/platforms.