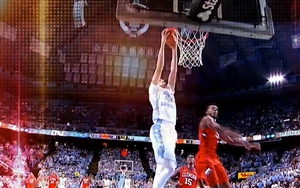 The nearly month-long college men’s basketball tournament will mean $1.3 billion in lost business productivity among business executives, who will watch the games while at the office, according to a study from out-of-home media company Captivate.

At the same time, analysts say TV advertising spending on CBS and Turner networks, which will air the “March Madness” event, could rise to nearly $1.3 billion this year.

Kantar Media said that last year the ‘March Madness’ event produced $1.19 billion in TV advertising spending -- with the average price for the 2015 NCAA Championship game growing 5% versus the previous year to $1.56 million.

The Captivate study says over half of business executives -- 52% -- will watch the game while at the office; with 21% saying they will “secretly” watch it, not letting their superiors know. Another 12% say they will take long lunch breaks to watch the games.