UK Email Engagement Jumps in 2015; Trouble Ahead For Retail? 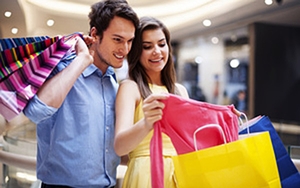 Average email clicks and opens improved year-over-year in the United Kingdom, according to a study released Wednesday by email marketing company Send-up.to.

In an analysis of over 1 billion emails sent through its platform in 2015, Send-up.to charted a 1.8% increase in average open rates across industries year-over-year with just under a quarter of all emails being opened.

Click-through rates (CTR) also increased 9.3% to an all-industry average of 3.42%, the highest level since 2010 according to the report. In more good news for email marketers, unsubscribe rates also declined 5.5% since the year previously.

Mobile also continues to play an increasing role in email engagement, as mobile open rates grew 1.2% year-over-year to account for 54.59% of all email opens.

The report, however, does pinpoint potential issues with the retail industry’s email marketing performance.

These numbers closely parallel MailChimp’s latest March 2016 email benchmark report, which places the retail industry with an average open rate of 21.52% and click rate of 2.76%.

Email marketing is especially critical to the retail industry, particularly when considering how email drove a significant proportion of sales during the 2015 holiday season.

Email marketing and ecommerce were the bright beacons in an otherwise dreary holiday season as a quarter of all online Black Friday sales were generated by email, according to Custora. Email-driven revenue on both Black Friday and Cyber Monday doubled in 2015, per Yesmail.

To increase email engagement rates, retailers may want to consider taking advantage of a consumers need for retail therapy as a new study from Ebates suggests an overwhelming majority of Americans participate in shopping as a form of therapy in some way or another.

In a poll of over 1,000 adults and 500 teens in the United Sates, 96% of adults and 95% of American teens admitted to shopping when they are feeling down.

66% of adults and 75% of teens also agreed that shopping cures boredom, but advertising was far more likely to encourage adults to shop when compared to their younger counterparts.

Ebates is a shopping application that rewards consumers with cash back on purchases while also providing access to promotional coupons and discounts from over 1,800 retailers.

Introducing our newest awards program, the EIS Awards -- for the outstanding email marketing programs and initiatives undertaken by brands and their agencies during 2017-2018. NOW OPEN FOR ENTRIES
More from Email Marketing Daily