PPG Looks To Boost Its Profile 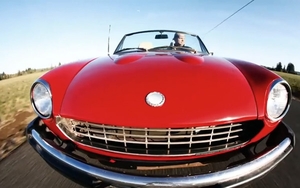 PPG’s products may not cover everything people touch, but they get pretty close. Yet consumers would be hard-pressed to know who they are.

To drive increased familiarity with the 130-year-old company, PPG —known to consumers for its Olympic and Glidden paint brands — has launched a global marketing campaign that highlights not just the company’s paints, but its commercial coatings as well.

“There’s a large part of our audience [both business and consumer] that hasn’t heard of PPG, but has heard of our brands,” Bryan Iams, vice president of corporate and government affairs, tells Marketing Daily. “There isn’t a surface we [can’t] paint or a surface we don’t coat.”

Using the tagline “We protect and beautify the world,” the new brand architecture highlights the parent company’s role the maker and provider of those products. The company’s updated “PPG” logo will appear on all of its products (including a “by PPG” on the consumer paint brands) and packaging.

“We weren’t bringing our logo close [enough] to our product brands to enable customers to define that relationship,” Iams says of the architecture, which was developed by Interbrand.

The new brand positioning is highlighted through a video that has been running digitally this month. The video (from agency Doremus) showcases everyday products such as chairs, bleachers and cars with a message that it’s PPG’s “job” to make the world more beautiful.

The video begins by starting beautification at home, with new coats of paints on walls, refinished floors, and re-sealed decks. Then it suggests moving the schools, doing the same, “making the environment an exciting place to learn.” It then moves to hospitals offices, mentioning “windows that let in light and keep out heat” and “absorb pollution from the air.” The video talks about coatings on car exteriors that make scratches disappear and energy-efficient additions to airplanes. “We create, invent and formulate the paints, coatings and materials that make the world run faster, stronger, safer, smarter, sharper, cooler, brighter, greener and better every day,” the ad concludes. “We do whatever it takes to make the world a more protected, beautiful place for the next generation that comes along.”

“It’s a great way to bring it to life,” Iams says of the video. “It’s one thing to talk to people. It’s another to really engage them.”

Iams likened the campaign to efforts from GE and 3M, which have established brand names, but many products underneath them that touch both commercial and consumer worlds. “To really grow PPG into a household name, we need that increased familiarity,” Iams says. “All of that will translate to a more informed consumer about our products.”

The video has been running via paid digital advertising and on social media, and will be trimmed for some targeted television. The effort also includes print advertising that will appear in U.S. business, general interest and trade media, and will spread out to global markets beginning in April.