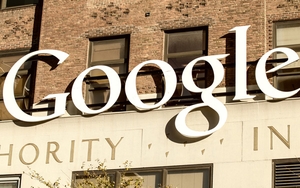 The technology is powered by Google’s neural networks, which are programmed to continuously become smarter the more they are used.

By interpreting the text of emails received, Google then applies its machine-learning system to suggest three grammatically correct possible responses. The Gmail Inbox user needs only to select one out of the three responses and hit the "send" button.

Smart Reply also alerts consumers about which emails they need or do not need to reply to, such as email marketing messages.

Google revealed the expansion of Smart Reply in a company blog post online.

“Just like in the Inbox mobile app, Smart Reply saves you precious time by suggesting up to three responses based on the emails you get,” states Taylor Kourim, Software Engineer at Gmail.

Google first introduced Smart Reply to its Google Inbox mobile email applications on iOS and Android devices at the end of 2015.

Since then, Google claims that 10% of all email replies in the Inbox mobile app now use Smart Reply.

Since 2012, Gmail monthly active users have more than doubled to reach more than 1 billion individuals. Although the vast majority of Gmail users check their accounts by mobile device, adoption of the Inbox application has been much slower.