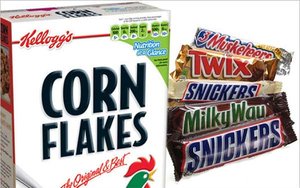 On the heels of General Mills’ March 18 announcement that it will begin nationwide labeling of all of its products that contain genetically modified ingredients, Mars and Kellogg have announced the same.

The companies are implementing the labeling in order to comply with Vermont’s first-in-the-nation mandatory GMO labeling law, set to go into effect July 1.

The three companies made their announcements after last week’s Senate defeat of the voluntary GMO labeling bill for which the food industry had been heavily lobbying for many months.

Another major CPG food maker, Campbell Soup, got out in front of the issue by announcing in January that it would not only voluntarily implement GMO labeling, but also would support mandatory GMO labeling on a national basis.

Like General Mills, Kellogg made it clear that it still strongly advocates a federal regulation.

"We continue to strongly urge Congress to pass a uniform, federal solution for the labeling of GMOs to avoid a confusing patchwork of state-by-state rules,” stated Kellogg North America president Paul Norman. The statement said that “until a federal solution is reached,” Kellogg would begin labeling appropriate products as “Produced with Genetic Engineering” starting in mid to late April.

Mars did not explicitly address the regulatory scenario, but stressed that worldwide scientific research has found GM ingredients to be safe.

The GMA-led Coalition for Safe Affordable Food characterized the latest GMO labeling announcements by food companies as “urgent cries for the Senate to act” in order to avoid cost hikes for consumers, food makers and farmers.

General Mills stated that while the label changes would cost it millions of dollars, it would not pass the costs along to consumers.

Campbell made the same promise.

After Mars’ announcement on Monday, Scott Faber, SVP for government affairs for the Environmental Working Group, described it as “yet another step” toward greater transparency.

EWG has said that it is in favor of a national GMO labeling standard that “works for both industry and consumers.”