North American Soccer Sponsorship Up Over 9% This Year 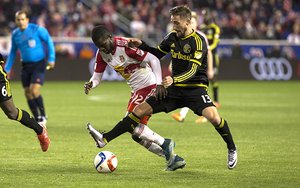 Brands are expected to spend $333 million sponsoring Major League Soccer, U.S. Soccer and other North American soccer leagues, teams and events this year -- up 9.2% from 2015.

That’s according to IEG, which had projected a 5% jump in sports spending and a 4.5% hike in overall North American  sponsorship spend.

In his IEG Sponsorship Report, Senior Editor William Chipps cites three factors for the increase: the growing popularity of soccer, league expansion and excitement around the 2016 Copa America Centenario.

“Soccer is enjoying much success in North America, and that success has opened the door to new sponsors and larger deals with existing partners,” he writes.

Earlier this month, Marketing Daily reported that Audi is expanding its partnership with MLS with the Audi Player Index, a new statistical tool that will track position-specific player stats in near real-time across all MLS matches.