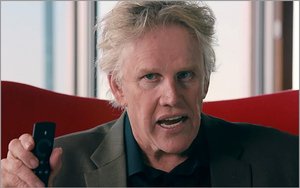 The United States is well on its way to becoming an official binge-watching nation, and that could upend the way advertisers reach consumers.

According to new research from Deloitte, nearly half (46%) of U.S. consumers subscribe to at least one streaming service, with 70% of them watching an average of five episodes per viewing session. Almost a third (31%) binge watch entertainment content at least once a week.

“Streaming has become mainstream, and for the younger generation, it is a standard,” Gerald Belson, vice chairman and U.S media and entertainment sector leader at Deloitte Consulting, tells Marketing Daily. “An increasing amount of [consumers] are binge-watching, and advertisers need to pay more attention to how content is being watched over time.”

Older millennials (26-32) who pay for streaming services have an average of three subscriptions and the number of overall streaming subscribers who rank the service among their top three most-valued subscriptions has tripled in the last three years (61% now, up from 17% in 2012), when pay-TV models were more valued.

“It’s safe to say that for the millennial generation, [streaming] has become the preferred form of entertainment,” Belson says. “It’s not replacing pay-TV, but we have two models that have become equally important.”

Further, more than 90% of U.S. consumers are multitasking while watching TV, with millennials saying they engage in an average of four additional activities while in front of the tube (primarily surfing the Internet, using social networks and text messaging). Fewer than a quarter of consumers’ multitasking activities are directly related to the program on the television set.

“Not only are there streamers, but there are now multitaskers, and when they multitask, that provides more of a challenge,” Belson says.

“Advertisers have to deal with multiple co-existing ad models,” Belson says. “Digital channels are going to be more important for younger consumers.”