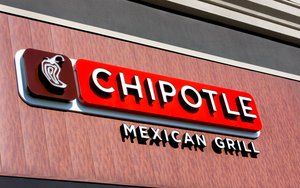 This year, Chipotle and Qdoba were bumped out of first place by Taco Bueno, which grabbed #1 on the strength of its top score on one attribute: “value for the money.” (Last year, Taco Bueno didn’t make the rankings at all.)

However, the good news for Chipotle, given its string of highly visible food contamination crises during 2015, is that it still managed to come in second overall in the Mexican category, with a 53% loyalty score to Taco Bueno’s 57%.

The survey, which also ranks pizza, chicken and sandwich QSRs, was conducted in January among 10,477 respondents representing a cross-section of the four U.S. census regions.

Also good news for Chipotle: While it lost its #1 ranking in cleanliness to Rubio’s this year, it kept its #1 rankings both for “quality food” and “healthy food.” It also grabbed the #1 ranking for fast service this year.

Chipotle’s strong performance after all its troubles might strike some as surprising. However, Cheryl Flink, chief strategy officer for Market Force, points out that it’s important to keep it in mind that the research is conducted among people prescreened as having dined in QSRs in the past 30 days, and for ranking purposes, as having visited the specific chain being ranked.

The respondents are people who chose to visit Chipotle despite the food-borne illness instances—people “who are very loyal to Chipotle, and rated it high in food-related attributes, as well as in other attributes,” observes Flink. Also, she says, “food quality is a very different metric than food safety. Those who visited Chipotle still trusted the brand and still found it delivered high quality and healthful food.”

Providing another perspective, financial writer Michael Brush recently made the admittedly “audacious” argument in Market Watch that consumer response to Chipotle’s freebie offers indicates that, despite double-digit drops in comparable-store sales in recent months, “people aren’t really that concerned about the health issues.”

One case in point: When Chipotle shut down during the lunch period for an internal meeting on February 8, it offered a mobile-delivered rain check for a free lunch to those who said they’d visited a Chipotle during the brief shutdown. Instead of the company’s expected 2.5 million requests for rain checks, there were 5.3 million within five hours. If people were “seriously worried about Chipotle’s health risks, they wouldn’t abandon their concerns for a mere $8-$10 dollars—the value of the free food offer,” asserts Brush, who adds that restaurant chains typically recover fully from “food scares” within about a year.

Putting the unique Chipotle scenario aside, Rubio’s Fresh Mexican Grill (which didn’t make the rankings last year) took the overall #3 ranking in the Mexican category this year, with Qdoba in a virtual tie for that ranking (both scored 51% on the loyalty index).

Interestingly, while 18% of respondents reported having visited a Mexican chain at least five times in the previous 90 days, that was significantly down from 2015, when 14% reported visiting such a restaurant at least 10 times every 90 days.

Taco Bell ranked low on nearly every attribute except value (where it ranked #5), but its mobile app had the greatest awareness (35% of respondents). Overall, 45% of respondents reported having downloaded an app from a Mexican food chain.

More than a quarter (28%) of respondents said they’d visited a pizza chain at least five times in the previous 90 days. Half (53%) said they’d downloaded a pizza-chain app, and 60% were aware of Domino’s’ app.

Chick-fil-A captured the top spot in all but two attributes. EL Pollo Loco was #1 in healthy options, and Raising Cane’s in value. KFC scored last in four of the seven attributes.
Nearly half (48%) of respondents reported having visited a chicken chain at least five times in the previous 90 days, with 22% visiting at least 10 times. Chicken chain apps have been downloaded by 40%, with Wingstop’s leading awareness (24%).

This year, McAlister’s Deli leads the overall sandwich category rankings, followed by Firehouse Subs, Jersey Mike’s, Panera Bread, Jason’s Deli (which was #1 in 2015), Jimmy John’s, Wawa, Subway and Arby’s.
No one brand dominated the attributes in the sandwich category. Jason’s Deli was rated tops for quality, Panera for healthfulness, and Firehouse for friendly service and cleanliness. Convenience-store chain Wawa ranked highest for value, and Jimmy John’s for speed of service.
Thirty-nine percent of respondents had visited a sandwich chain at least five times in the previous 90 days, and 50% have downloaded a sandwich chain’s app (with awareness of Panera’s highest, at 36%).