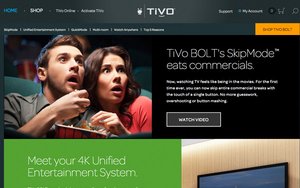 TiVo stock soared over 23% on Thursday after a report that it is in talks to be acquired by Rovi, the TV programming guide product company.

First reported by The New York Times on Thursday, the proposed deal would be in cash and stock: TiVo has a current market value of $750 million; Rovi’s market value is $1.7 billion.

A research note from investment bankers Jefferies Group says TiVo may be worth $11 to $15.50 a share -- somewhere between five to eight times of its cash flow (earnings before interest taxes depreciation and amortization.).

Rovi provides on-screen guides for many pay TV network providers -- as well as selling advertising products; TiVo has many deals for its digital video recording technology with pay TV providers.