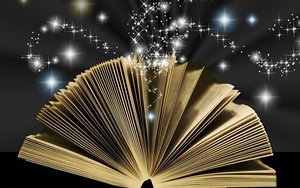 First, the dual solution turns the page on the acronym DEAL, unveiled three weeks ago, just as it then abandoned the previous formulation LEAD as a recommended approach for publishers to discourage ad blocking.

“In view of the challenges facing digital publishers,” announced IAB President and CEO Randall Rothenberg, “we believe DEAL -- Detect, Explain, Ask, Lift -- had simply outlived its usefulness. Our new acronym encapsulates a more thoroughgoing approach to reducing an insoluble structural problem to a series of inane pieties. You will note, for instance, that the new acronym contains 7, not 4, letters -- an increase of 75% in only three weeks. On an annualized basis, industrywide, our simplistic sloganizing will increase a breathtaking 1300%.”

With ad blocking now costing publishers an estimated $100 fucktillion per year, the replacement for DEAL is both bold and elegant.

Rage against the user victims who pay dearly in wasted time, data costs and soul-killing annoyance for the “free” content the ads so magnanimously support.

Accuse those users of immoral conduct foravoiding the ads they never contracted to receive to begin with.

Tell members that the advertising model simply has to translate to the digital world, because, well, it just has to.

Treat ad-blocking providersas terrorists, ensuring that no accommodation can ever be reached that can discourage worst ad practices but give safe harbor to good actors.

Educate consumers that avoiding advertising ultimately will deprive them of the very content they desire. Continue to do this until you are literally blue in the face.

This is PRATTLE, and we have no doubt it paves the way for a bright future, in spite of the utterly conflicting interests of our membership.

But, as the man once said, “Wait, there’s more!” The IAB Tech Lab simultaneously released its exclusive Enchanting Fairy Dust, providing all IAB members around the world with alchemic solutions to intractable problems til now addressed only through acronymic incantations.

“The release of this magical substance in conjunction with PRATTLE will open the door for more favorable behavior or death for site visitors using ad blockers,” said Scott Cunningham, general manager, IAB Tech Lab, and senior vice president, technology and ad operations, IAB. “We believe that this two-fold means of augmenting reality throughout the ecosystem will allow publishers big and small the chance to cut through the blockade, ensuring the strength of the open, ad-supported internet.”

Application is simple: Sprinkle liberally on the Internet. Then resume the fetal position and sob.

NOTE: Due to a columnist error, the paragraph beginning "LAYER" was missing from the original version.