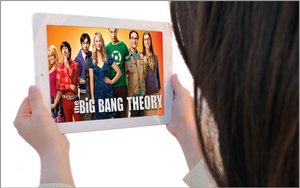 In addition, he says, time-shifted viewing is increasingly stable with regard to time-shifted time per person and the number of people who time-shift viewing. Looking at total traditional live plus time-shifted TV viewing this activity declined just 1.0% for the year.

Looking specifically at streaming video, 14% of the population accounts for 94% of total streaming video consumption from PCs. Top 7% of video streaming users watch nearly 13 times as much traditional TV as they do streaming video -- which would be lower if mobile devices were included.