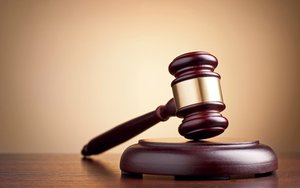 A federal judge in Illinois has ruled that online video distributor FilmOn is not entitled to a compulsory cable license.

The ruling by Kocoras grows out of a dispute between FilmOn and the broadcaster Window to the World, which operates a PBS station in the Illinois area. In 2013, FilmOn sought a declaratory judgment that its streaming service didn't infringe copyright. At the time, FilmOn used a multiple antenna system similar to one in use by Aereo -- now defunct -- which also hoped to stream over-the-air television through the Web. Window to the World then countersued for copyright infringement.

The lawsuit against Window to the World was one of several legal battles FilmOn and Aereo were fighting between 2012 and 2014. Broadcasters argued in various courts throughout the country that both companies infringed copyright by publicly transmitting TV programs without licenses. The Web-based companies defended their services by arguing that they weren't engaged in "public" performances, because their each antenna streamed a program to just one device at a time.

In 2014, he Supreme Court rejected Aereo's argument. The judges ruled 6-3 that Aereo's platform was "for all practical purposes a traditional cable system," and therefore couldn't transmit programs without licenses.

FilmOn then shifted its legal strategy by arguing that the Supreme Court ruling transformed the company into a cable system.

Kocoras said he disagreed with FilmOn for several reasons, including that the U.S. Copyright Office takes the position that Web retransmission services aren't entitled to compulsory licenses.

But U.S. District Court Judge George Wu in Los Angeles ruled last year that FilmOn should be considered a "cable system," and therefore entitled to a cable license. A coalition of TV broadcasters including Fox, ABC, CBS and NBCUniversal are appealing that ruling to the 9th Circuit Court of Appeals.

The broadcasters say in their appeal that FilmOn isn't a cable system for several reasons, including that it doesn't stream programs from a traditional "facility."