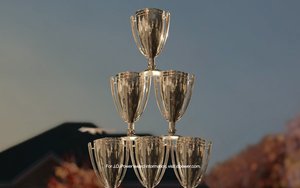 Verizon is out to show that its Fios television and Internet services are not cable, and not just because it uses fiber optics instead of traditional cable wires to provide the connection.

A new television effort depicts the difference via neighborhood dwellers in awe of the company’s mounting awards. (The company claims 52 awards — including from PC Magazine’s Reader’s Survey and a high regional customer satisfaction from J.D. Power — compared with just seven for cable.)

“This is a very competitive business and we’re always looking for ways to differentiate our Fios product from the other products out there,” John O’Malley, a representative for Verizon, tells Marketing Daily. “And we think we have a very compelling story to tell about the difference between Fios and cable, and the recognition for speed and customer service that we’ve received as a result of our customers’ feedback.”

The commercial begins with a number of suburbanites staring at something in their neighborhood. Some look out their windows, some take time out from lawn care, and some stop short in their pickup basketball games. The object of their attention is revealed to be two tables full of trophies as a voiceover explains how the company’s fiber optics is not cable (“We’re wired differently”) As the table accumulates more and more trophies, it sinks down toward a button that, when pressed, launches a fireworks show, pleasing the entire cul-de-sac. “Awards aren’t everything, but when they come from your customers, they mean a lot,” says the voiceover as a Fios truck pulls away.

“This campaign] comes right out and makes a very clear statement that Fios is not cable. We’re wired differently,” O’Malley says. “This is us setting ourselves apart from our competitors in a very clear, straightforward way.”

The campaign is born out of the belief that Verizon customers are much happier than those of its cable competitors, he says. “Our Fios customers really like their Fios,” he says. “We’re hoping the spots convey that message to people who haven’t tried Fios yet and that they prompt some — OK, a lot — of those people to try our service.”