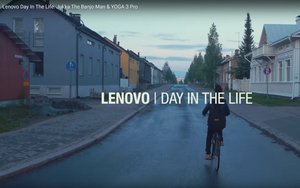 Challenges in display viewability, fraud, ad blocking, transparency, and complex programmatic media buying are leading marketers to lean on content for multichannel campaigns, some with search engine marketing strategies. That trend could prompt Tongal, a creative studio that connects brands with content creators, to build its own channel network.

"I'm riffing, but it's possible that we would create our own brand channel," James DeJulio, president and chief creative officer at Tongal, told Search Marketing Daily.

Tongal would build a media channel highlighting the content that brands create working through its platform, and distribute the content through partnerships like the one with Direct TV, which has a show called Audience Network. The two companies have a deal to develop feature-length documentaries using Tongal's talent.

Tourism boards such as Wyoming state, for example, look for documentaries. This Short Film Contest asks entrants to submit film concepts inspired by the question “WY am I here?" The entries, of five minutes or less, are due by April 15, 2016.

"That's just me going down a rabbit hole about something that could happen in five years, but we really don't have any concrete plans," DeJulio said.

Although the plan may not be concrete, DeJulio has strategies in mind. He ran a production studio at Paramount before co-founding Tongal, whose client roster reads like an Academy Awards list for the Oscars with brands like Fiat, Gillet, Lenovo, and Mattel.

Tongal has worked with Vinyard Vines to create content that shows viewers how to tie ties, and with Mattel on two short-form 15-minute pieces of content for the American Girl brand, but one of the most successful campaigns was with Gillette.

The Gillette video around how-to shave over a tattoo targeted at 18- to-35-year-old males looking for answers about shaving over tattoos. They didn't know that if shaving over time would fade the body art. The brand wanted to own the idea of the correct way to shave to capture organic search queries.

The movement toward content led Tongal to build an awards event it calls the Tongies, which has a similar feel to the Academy Awards.

The third annual Tongies took place in March; Lenovo among the winners.

Lenovo has been using the platform for two years. The social media team first, followed by the brand team, which now taps the platform to crowdsource the co-creation of its branding campaigns, said Maureen Ahmad, director of brand content strategy at Lenovo.