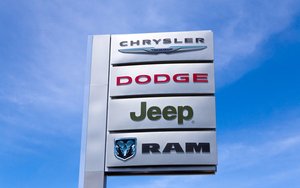 Although indications show demand for new cars is weakening, automakers are poised to reach their highest monthly sales volume in 10 years.

New-vehicle sales are expected to rise 8% year-over-year to 1.66 million units in March, according to Kelley Blue Book, resulting in an estimated 17.2 million seasonally adjusted annual rate. Tim Fleming, a KBB analyst, noted in the company’s news release that “there is increased incentive spending and an increasing share of fleet sales.”

Fiat Chrysler could have the best month, with double-digit growth expected in March. The largest year-over-year improvements will be from Dodge Grand Caravan and Chrysler Town & Country minivans, which were low on inventory at this time last year, per KBB. The Jeep brand also should post another record in March with year-over-year strength headlined by the Renegade.

KBB also anticipates that American Honda will report double-digit growth in March, led by the new Civic. In addition, the new HR-V continues to perform well and collect industry awards, including Kelley Blue Book’s 5-Year Cost to Own Award. Meanwhile, the Honda Pilot is one of the fastest-selling models this month, averaging just 18 days in dealer inventory.

“Small utility vehicles continue to outpace the rest of the industry, as the most popular segment is now averaging 20% growth this year,” said Fleming. “Mainstay models like the Toyota RAV4 and Honda CR-V still sit atop the segment, while new models like the Jeep Renegade and Honda HR-V are gaining popularity with consumers by demonstrating their values as more affordable, but still versatile, small crossovers.”

Full-size trucks are another segment that could gain market share in March. However, incentive spend has been on the rise, topping $4,000 average per unit year-to-date.