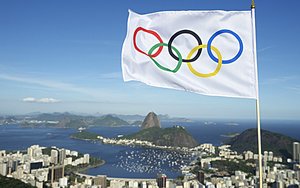 NBCUniversal says it has passed $1 billion in advertising sales for the Rio Summer Olympics this summer.

Coming four months before the event, NBC says these results are well ahead of the London Summer Olympics in 2012, when it hit the $1 billion mark in late July -- just two days before the opening of those games.

Seth Winter, EVP of advertising sales for NBC Sports Group, stated: “Some of the most valuable inventory is gone; but, there is still some prime time availability on the network as well as cable-channel inventory.”

NBC says digital sales of Olympic inventory are healthy as well, and reserved for its largest advertisers, extending reach to their consumers.

Winter says he expects to set “the Olympic record for national ad sales.”

The Rio Olympics come amid a strong overall national TV advertising marketplace -- with scatter pricing for inventory up more than 20% in many dayparts, versus prices set in last summer’s upfront advertising market for the current TV season.

Analysts says these games are expected to yield much higher live TV viewing versus that of the London games. Live TV viewing commands ever steadily high-price advertising premiums.

Also, Rio de Janeiro is close to North America time zones -- one hour ahead of Eastern Time and three hours ahead of Pacific Time.

NBCUniversal has the rights to all Olympic games through 2032.