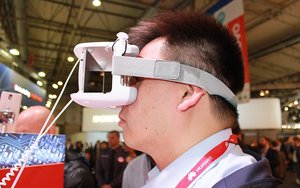 With the debut of the Oculus Rift virtual reality headset, many people would have expected that there would come with the launch of a huge marketing campaign, or at least a glitzy launch party, but that is not the case. The early adopters who pre-ordered their virtual reality headsets will be receiving theirs just as they would any other package that they’ve ordered, except in this case they needed to be willing to drop $600 in order to obtain it. For many, it came as a surprise that the Oculus Rift launch was simply a matter of putting the product out there to buy and that it didn’t come with a huge amount of noise. With the amount of effort the company had put into bringing exposure during the time before the launch, it seems that the launch itself was rather anticlimactic.

More from Around the Net in IoT