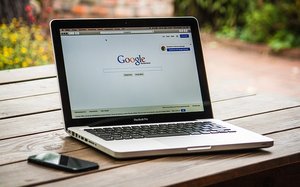 International call rates are identical to Google Voice. Fiber Phone also borrows other features from Google Voice -- which lives in the cloud -- such as call waiting, forwarding, caller ID, and 911 services. The service also transcribes voice messages and then sends them as a text or an email.

Cloud technology allows the number to connect and ring to nearly any phone, tablet or laptop, at home or on a mobile device when on the go, explains John Shriver-Blake, product manager at Google Fiber, in a post.

The service makes Google look a lot more like a broadband service provider such as AT&T or Frontier, which recently acquired Verizon FIOS services in Florida, California and Texas for about $10.5 billion.

Google will introduce Fiber Phone in a few cities, with plans to roll out the service as an option to residential customers in all cities offering the Fiber service.

While there is no talk of offering specific advertising options, with 90% of Google's revenue generated from ads in 2015 it would make sense to see at least a TV, Internet and phone ad package for brands running across programmatic technology sometime soon.